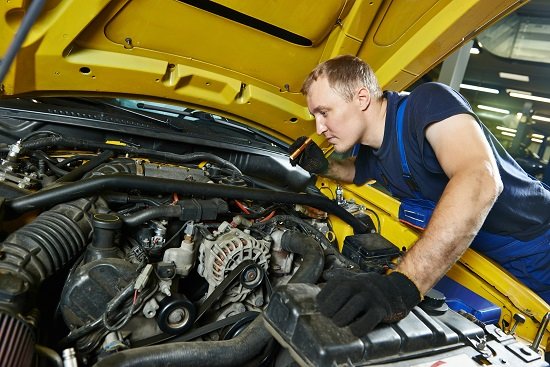 Regular diesel engine maintenance can help prevent major problems, but you still need to understand the warning signs. The sooner you find an engine problem, the faster you can fix it and the less damage it causes.

One of the signs of a needed tune-up is the deterioration of the fuel economy. When you drive with poor fuel economy, you may not immediately notice that it is getting worse. As part of your normal routine, try to keep track of the number of times you have stopped to refuel. If the number of fills increases, it may be a sign of wear of internal components or other problems.

Idling is when the vehicle is running but not moving. Rough idling refers to various problems such as violent shaking and idling up and down. It can also mean that the engine is hesitant. These problems are caused by excess oil, fuel injector failure, fuel compression problems, and more. All of these are signs that it's time to service the diesel engine before the problem worsens.

There is a problem with blue smoke from the engine compartment or exhaust fumes. That means oil is burning where it shouldn't be. Blue smoke is a problem, especially in older and more frequently used vehicles. An oil leak can result from a fuel system failure or another engine component such as a piston ring or valve seal. Fixing the issue can be as simple as removing excess oil and cleaning the engine or as complex as a rebuild.

A loss or reduction in engine power is usually difficult to miss and is a sign it`s time for engine upkeep. If you`re dealing with low power, your vehicle will have trouble getting started and getting up to speed. If the loss of power is gradual, it may go unnoticed at first. The problem can come from worn-out engine components and a loss of compression. However, you can diagnose the problem with diesel engine service.

Do not ignore the check engine light, whether you notice any symptoms of an engine problem. Even if you suspect that it's faulty, it's a good idea to schedule diesel engine service in case of major problems.

Looking Good; Running Good! Your Truck Doesn’t Ask For Much Keep an Eye on Braking Performance Potholes Can Put A Real Dent In Your Wallet Charging System Info Check-list for safe driving It’s time to review your safety rules for walking to school. For Best Performance, Do These Things Does Your Glow Plug Need Replaced? Keep Your Truck Running Efficiently Know the Most Common Weakness in Your Truck Diesel Maintenance Is Crucial Maintenance You Can't See Maximize Your Mileage Why You Need To Protect Your Catalytic Converter Ride the route. Safe Driving For New Drivers Shocks & Struts – Noticing the Signs of Wear